August was a very special month for W.E.L.L. as we continued to share our message and to be inspired by the amazing women in and out of our community.  Throughout the month, members of W.E.L.L. had the opportunity to attend Flourish, Women Helping Women events in which we were challenged to make ourselves vulnerable, find the courage to believe in ourselves, and lift up the women around us.

At our monthly board meeting, we were thrilled to officially welcome Madden Roberts of KHOP and Danielle Sonnier Lohmann as our Fundraising and Event Planning Co-Chairs.  In addition, we also inducted Annalise Morris as our twelfth and final board member. 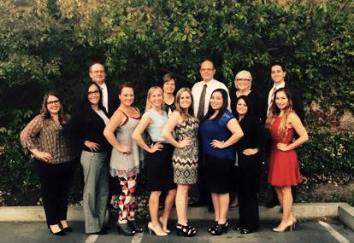 Our Co-President, Alana Scott, was graciously invited to share her story and the mission of W.E.L.L. at a handful of different events, including the Power of the Purse Mixer and an Oakdale Soroptomist weekly gathering.

These are just a few of the many amazing moments and people that W.E.L.L. was fortunate enough to take part in and interact with throughout the month of August.  While it proved to be a great month for us and our nonprofit, we would also like to highlight a few different women who made headlines and history in the last month.

Captain Kristen Griest and 1st Lieutenant Shaye Haver made history on Friday, August 21st as the first two women graduates from the U.S. Army’s elite Ranger School, an important and iconic moment for women in the U.S. military.

On Monday, August 24th, Jessica Mendoza made sports broadcasting history as she became the first woman to call an ESPN Major League Baseball game as an in-booth analyst.

Also, let’s not forget all of the brave women in our country’s history who fought for the right to vote until finally the 19th Amendment was certified as law on August 26th, 1920.  As of 1971, August 26th of each year has been named Women’s Equality Day in the United States.

These are just a few of the many great moments for women in August, and we absolutely cannot wait to see what September has in store not only for W.EL.L., but for women everywhere.  We are constantly inspired and motivated by the women who make headlines and fight for their place in history because they are out there doing exactly what we hope to help connect women with the resources to do, and that is to change the world.